How to Choose a Music Producer 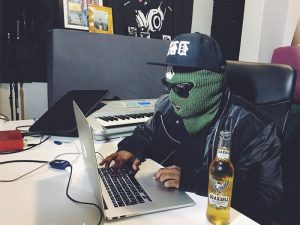 Important things you need to know before you step into a recording studio. Use these tips to learn how to choose a music producer and what to watch out for.   Avoid these pitfalls and mistakes, because there could be some really scary ones out there.

#1. Be careful of music producers with no real music industry experience or credits.

Anyone can call themselves a music producer. To call yourself a music producer requires no experience, no degree, no credits and no skill. Do you want to trust your career with this person? Look for a music producer that has actually worked on records with signed artists and record labels. Valuable and necessary music production skills are acquired only through years of hard work on professional recording sessions. You need to put this type of experience to work for you.

#2. Beware of music producers who want to record your music demo in their “home studio.”

Although home recording equipment has gotten better through the years, there is still a vast difference between a home studio and a professional recording studio. Due to space constraints and budget concerns, a home studio will often make many compromises in sound quality and flexibility that will undoubtedly affect the final product. It’s difficult to get a clean sound from someones basement. A real full service recording studio has certain professional standards that they must adhere to and cannot make such compromises if they expect to stay in business. Thus, the sound quality must compete at a professional level, which is what you need to do.

#3. Watch out for music producers who want you to sing in their closet or bathroom.

This has become a major problem with many home studios. While this might be fine for the home studio owner, when you’re paying hard earned money for your music demo you shouldn’t be shoved into some guys cramped, unventilated closet. How safe would you feel? You need a studio with space to move around and you need to be comfortable when you sing if you really expect to perform your best. In addition, the poor acoustics of a closet will give you a very undesirable vocal sound. Don’t settle for this.

#4. Be skeptical of music producers who claim to specialize in 7 or 8 styles of music.

Specialize means to ‘devote oneself to a specific area of study.’ An experienced music producer may do a few related styles well, but beware when they claim to ‘specialize’ in Rap, Country, R&B, Folk, Rock, Club music, Blues, Polka, etc. This is like casting a net out to see who bites. Chances are they have no real specialty and will miss the subtle elements of each style. The result is a music demo that sounds stale, stereotypical and boring at best. If you want a producer that will make fantastic music for your specific style, find one who actually specializes in that certain sound.

#5. Use a professional recording engineer to record and mix your music demo, not an amateur.

Engineering is a skill and a talent that takes many years of hard work, study and long grueling hours to acquire. Professional engineers have worked with hundreds of artists and music producers and have learned individual techniques from each of them. They are paid hundreds and thousands of dollars for their technical and creative skill. Engineers are the ones responsible for the sonic quality of a recording. You can have the best producer in the best studio in the world, but with a bad engineer the music will end up sounding like garbage. Avoid this pitfall easily by making sure you have an experienced engineer working on your music demo.

#6. Be careful with music producers who want to charge you by the hour.

While occasionally an hourly rate can be appropriate, it is rarely done in the real music industry (where we make records, not demos). The music producer is paid a flat fee by the record label to give them a fully produced song for their artist. Where, how, when and who is left up to the music producer. The record label or artist doesn’t sit over his shoulder in the studio and dictate. That’s what they hired the music producer for in the first place.

When a music producer charges by the hour, you become the one producing your own track and the producer is reduced to the role of a keyboard player. They count on you making common mistakes and running up the clock because of your lack of experience producing. Everything always takes longer in the studio than you think it will, so why do you want the meter running while you’re trying to figure out why your vocals sound like you’re in a tunnel? You shouldn’t have to make those decisions. That’s why you want to choose an experienced music producer who charges you a flat rate with no hidden costs.

#7. Watch out for music producers who claim they’ll shop your music demo.

Find out exactly what this means. Will they send it to their cousin in Georgia who has a wedding band? Did they meet a guy in the music store who has a cousin at some label in France? If they have any genuine music industry contacts that are really worthwhile, they could not possibly have them very long if they promise to shop every artist they produce before even hearing them. This will ruin their credibility. Do not fall for this one.

#8. Be cautious of music producers who emphasize equipment over credentials.

All too often people think that by just acquiring some gear they’ll get a great production. Don’t believe it. Buying a paintbrush doesn’t make you an artist. Buying a violin doesn’t make you a musician. Why do people think that buying a mixing board makes them an engineer or a music producer? It doesn’t. That only comes with hard work and experience. As an artist your only concern should be how your music sounds, not whether we’re using class A mic pre-amps , a tube compressor or Apogee A/D converters. Bonus points if you know what all that means.

If you have followed all the above suggestions, congratulations, you should have severely reduced the number of possible producers for your project. You should now have a few professional music producers left from which to choose. You need to listen to examples of their work and see what moves you and which music producer you connect with. Does the music producer listen to you and share your vision? Do you feel comfortable with them? Do you enjoy being in their studio? Do you trust them? If you do, that’s the right music producer for you to choose.

Listen to our music samples on our soundcloud playlists

Demos are NOT like McDonalds hamburgers. They are not massed produced and they are certainly not all alike. While cost is a concern when doing a music demo, you must realize that a bad demo is worse than no demo at all. A bad demo will close doors for you that you may never be able to open again. Like anything in life, garbage is cheap and you pay extra for superior quality. Do you want to be viewed like a cheap Hyundai or a Top of the line Mercedes Benz? For an experienced music professional, you may end up paying more than that with a bargain basement dirt cheap producer. But if you’re really serious about pursuing a record deal you must present yourself.

Contact us to find out more about how we can help you with music production, music marketing and more.
Fill out this form for a Free Consultation

4 Reasons You Don’t Need A Record DealMusic Marketing: The Difference Between Success and Failure