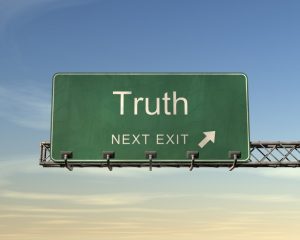 First, if you want to get anywhere, you NEED, MUST, HAVE TO know the way the music industry really works. Not the way you think it works and not in the fantasy world in which it’s portrayed on TV.  If you’re really serious, you’ll learn the guidelines and do everything possible to increase your chances of success.

If you don’t read through this information, you might be one of the thousands of people who email companies saying “please give me a chance”, and then get confused and bitter when no one responds.

You must understand that the music industry has changed dramatically in the last 7 years alone, (it’s now 2011) and continues to change very rapidly as major labels scramble for ways to stop the losses.  The old business model of the music industry is dead.  It was built on principles and practices of vinyl manufacturing and distribution that no longer apply.  But this is GREAT news for you and all independent artists!  It’s now possible for an artist to make a career in the music industry without any help at all from the record labels. So let’s get into the MYTHS that surround the music industry and put an end to these limiting beliefs that are holding back thousands of talented artists.

Myth #1: Someone will discover you without a great recording.

Yes, we’ve all heard the stories of some waitress being discovered while waiting on a record label executive.  Or a singer being discovered in some small bar in Texas, or Oklahoma, etc. Yes, these things have happened and will continue to.  But if that’s what you’re waiting for, you have a much better chance of winning the lottery.  Good luck!  This way is fantasy land and is for dreamers only.

Myth #2: If you email and call enough people, someone will give you a chance…

Why should they?  What you don’t realize is that companies get literally thousands of emails every day with people telling their stories about how they love singing and it’s their dream.  Yet, they have no recording, no music up on the internet, no live performances and the only step they’ve taken in their musical careers is to email companies asking for a shot. Sorry, but that’s not the way it works. If you don’t believe in yourself enough to invest in getting a good recording made, don’t expect anyone else to believe in you. Again, this road is for dreamers only.

Myth #3: You don’t need a great sounding music demo, any demo will be fine…

Wrong!!!  The music demo/master is how you portray yourself to the world. The internet is flooded with good music, so what’s makes you think that a poor recording will stand out against so many great recordings?Â  It won’t!Â  You want to constantly increase your chances of becoming successful, so if possible, get a great sounding music demo/master recording, produced by music industry pros. This will portray you in the best light possible and put your unique talent front and center.

Myth #4: If you have a computer, you can get a program and do you own music demos…

Do you really believe that a program is all there is to producing great sounding music?  Think of all the programs you have in your computer.  They are tools, just like a music program is.  Having a word processor doesn’t make you a writer, and having a drill doesn’t make you a carpenter. But really knowing how to use them properly is what makes the difference between a pro and an amateur. While this might be the right road for a very very small segment, most singers will find that their limited music production skills aren’t even close to the high quality level of their vocal talent that took years to develop.  Also, professional music producers will direct and guide the singer during the recording process to deliver her/his best vocal performance.Â  The music producer can come up with vocal harmonies, background vocal ideas, ad libs and whatever else is necessary, including voice processing and pro editing techniques. An experienced engineer in a professional studio with thousands of dollars worth of equipment and hi end microphones will give you the polished sound that will set you above the rest of the crowd. So, do you want a professionally produced recording or a home demo? Which one will help you build more fans?

Myth #5: You should send your music demo out to record companies in order to get signed.

This is a biggie, because a few short years ago, this was absolutely true. This was the way it was done, though the odds were still astronomical.(that’s a whole ‘nother article-too long to cover here)  But to understand this now, you have to understand how the internet has changed the music industry forever. Ask yourself this question.  If YOU were given a job as A&R over at Sony, and you had to sign an act and make them successful in 6 months or you would lose your job, what would you do?  You have 1000 CDs in 2 HUGE boxes in your office, and you know from past experience that at least 95% will be garbage (home recordings, lousy songs, can’t hear the vocals, etc).  Would you spend your time listening to those CDs, or would you head straight to the internet and see where the buzz is?  Which artists are winning contests and climbing the indy charts? Which artists have 5000 downloads of their songs and doing sold out shows? Which artists have 100,000 likes on Facebook and built up a huge fan base that constantly sings their praises on the forums?  Wouldn’t it be smarter and more profitable to sign an act like that, which already has so much going for them?  Absolutely, and that’s why it’s crucial  today to BRING YOURSELF TO THE MARKETPLACE AND MAKE SOME NOISE!

Myth #6: The record company will develop you as an artist

Record companies are looking for artists that have already developed themselves to a certain level, and this is now mostly done in the music production stage of the process.  When the artist finally gets into the Internet Marketplace, they should have already established a unique sound and image that represents who they are.  Again, that’s where having an experienced music producer and a team of music industry professionals working on your behalf can really benefit you.

Sorry to break it to you, but a record deal itself usually doesn’t mean you’ll get rich.  If you are fortunate enough to get signed by a major label, realize that this is only the beginning.  Many artists are signed but never record, some record but are never released, some are released with no real push or backing by the company and many flop and are dropped by the labels, even though they may have sales in the hundreds of thousands.  The last estimate I recently saw said that an artist that goes GOLD (sales of 500,000) stands to make only around $47,000!Â  This is why so many major artists are choosing NOT to resign with their record companies, but instead, to release their new CDs independently. An independent artist selling 10,000 of their own CDs can theoretically make twice the amount of money as the signed artist selling 500,000 copies! (there are exceptions to this and every other point)

There are now more opportunities for singers and artists than ever before in history! The artists that succeed will be the ones that wanted it more, and were willing to sacrifice more in order to achieve success. You have to get yourself into the “game”! And of course, once you’re in the “GAME”, the talented ones will rise to the top!

If you’re reading this, congratulations! You’re a “doer” and you’ve just passed 80% of the people who do nothing but dream!  If you’re ready to do more than just dream and you’re serious about a career as a singer, we can help get you there.

If you want that record deal, you need to bring yourself to a certain marketable level before approaching record labels. That means making an investment of time and money.  You need professional music production, exciting pictures and a serious internet presence! Bring your music directly to the people and build up your fans!  If you’re successful enough on your own, record labels will start approaching you, and then you can dictate the terms!! So start right now by contacting us.

Click here to request a Free personal, one on one consultation.

How Do I Get a Record Deal?